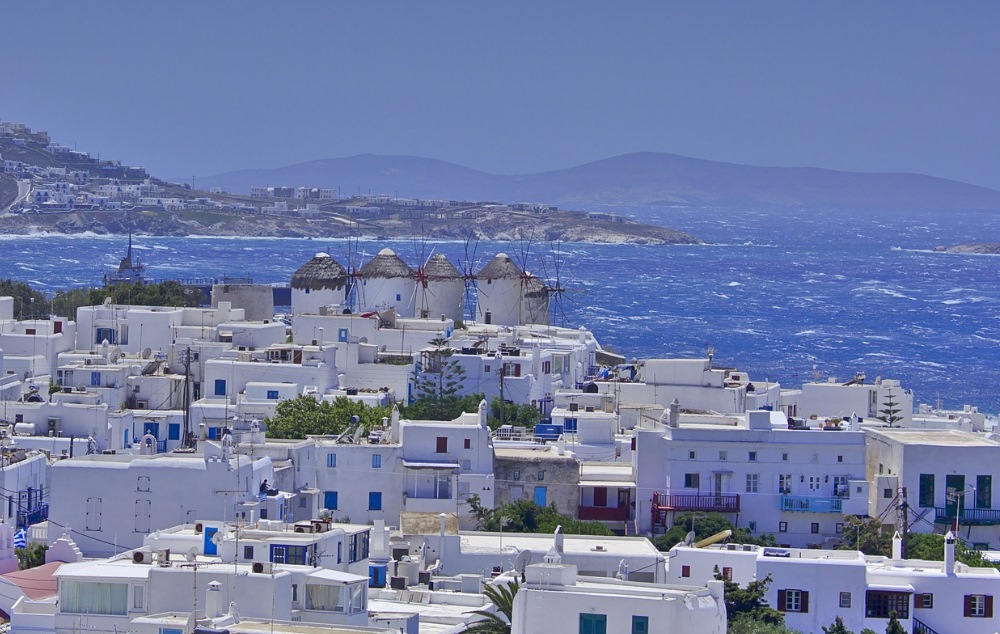 Welcome to Greece' s most famous and cosmopolitan island, a whitewashed paradise in the heart of the Cyclades. According to Greek mythology, Mykonos was formed from the petrified bodies of giants killed by Hercules. And did you know that the island took its name from the grandson of Apollo, “Mykonos”? Mykonos is an island in the Cyclades group in the Aegean Sea. It's popularly known for it' s summer party atmosphere. Beaches such as Paradise and Super Paradise have bars that blare thumping music and more. Massive dance clubs attract world-renowned DJs and typically stay open well past dawn. Iconic landmarks include a row of 16th-century windmills, which sit on a hill above Mykonos town.

Set out on a journey to discover a fascinating world where glamour meets simplicity. On Mykonos celebrities, college students and families mingle together to celebrate the Greek summer. Whether you are an entertainment junkie out for a real good time, or a visitor who wishes to explore the island’s history and tradition, Mykonos will certainly meet your expectations.

Mykonos is a highly popular island in the Greek Cyclades cluster, known far and wide for its glamorous aura and cosmopolitan flair. It has been in the jetset spotlight for a handful of decades, being visited at various times of year as it is in fact an island capable of offering the visitor a wide range of experiences. The sheer natural beauty, the top tier facilities and the local traditions that are still woven into the cultural tapestry of the place, make it an irresistible destination. Although, summer is by far the most prominent season to visit Mykonos, visiting during the shoulder season and during Easter, you will realise that the island is equally capable of providing its visitors with a wonderful holiday experience. Depending on what you are looking for, Mykonos can prove quite diverse, as it has a long season typically from April to October.

When is the best time to visit Mykonos?

The summer months between June and August are considered to be peak season for Greece in general. Mykonos is no exception, and it is usually when the island is most crowded. July and August are more so than June, so if you are seeking to visit Mykonos in the summer but would rather avoid the crowds, opt for June. Throughout all three aforementioned summer months, Mykonos is buzzing. The weather is gradually getting warmer although maybe windier too especially in August, the beaches are almost beckoning you while the nightlife scene is at its best. If you are wanting to experience the high energy of Mykonos at its zenith, chose July or August but be prepared to walk up and down the cobblestone streets of Chora with a lot of other people, both Greeks and foreigners, while it is also quite possible to have the occasional celebrity encounter.

Spring is a wonderful time to visit Mykonos. The weather is quite enjoyable, albeit not hot, or cold. It is advised you bring a light jacket for when the sun goes down, but during the day you are safe in the comfort of your summer attire. You will definitely avoid the summer crowds and get to immerse into the local culture more. Sightseeing without queues, beaches with close to no people and an island that is blooming with the crisp vitality and regeneration that the season brings with it. A spring holiday to Mykonos also has the advantage of gearing you up for summer, and giving you a sunshine vacation when most of Europe is still lazily waking up from the winter slumber.

The Easter is a great opportunity for imbuing your Mykonos holiday with some genuine Greek vibes. The Orthodox Easter begins with a somber Holy Week that pays reverence to the passions of Christ, but culminates in a huge celebration feast on Easter Sunday that has plenty of food, drink, music and dancing. It is also conveniently associated with the outdoors which are utterly enjoyable as the weather is typically warm and the sun is generous.. Easter is an important festivity that weaves together religion and tradition, with each destination within Greece having its own local customs of the season. During the Holy Week the cobblestones streets of Mykonos are filled with intoxicating scents of Easter treats baking, such as “lazarakia” and  “lambrokouloures” as the church bells toll in a lamentful tone. On Good Friday various processions of the flower-laden epitaph are carried out, which is a particularly emotive experience. Saturday marks the Resurrection of Christ, for which people gather at their nearest church and wait for the clock to strike midnight, when fireworks light up the sky and the Holy Light is passed from the priest to all the people who take it back with them via Easter candles called “lampades”, blessing their homes.

The other end of the shoulder season, that is Autumn, is equally enjoyable primarily because the weather is warmer than in Spring, as is the temperature of the sea. Having absorbed all the heat from the summer sun, beach holidays in September and October can prove surprisingly rewarding. It is a fantastic time to have a special celebration in Mykonos, such as a wedding or honeymoon or for a more active exploration of the island at your own pace, as the weather is still mild and there are less people around to dampen the experience of discovering the more authentic, local side of Mykonos. 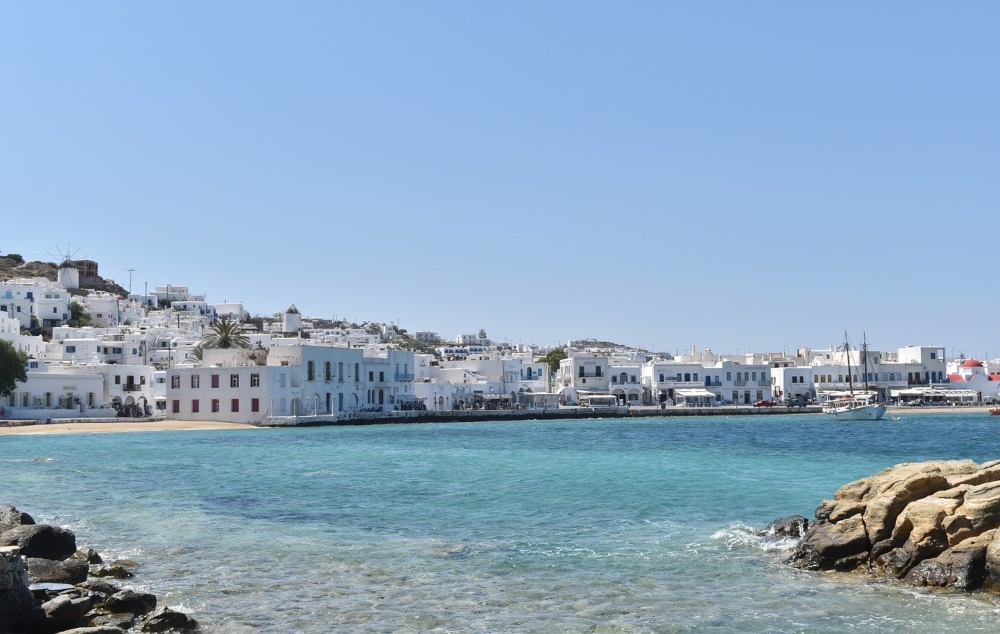 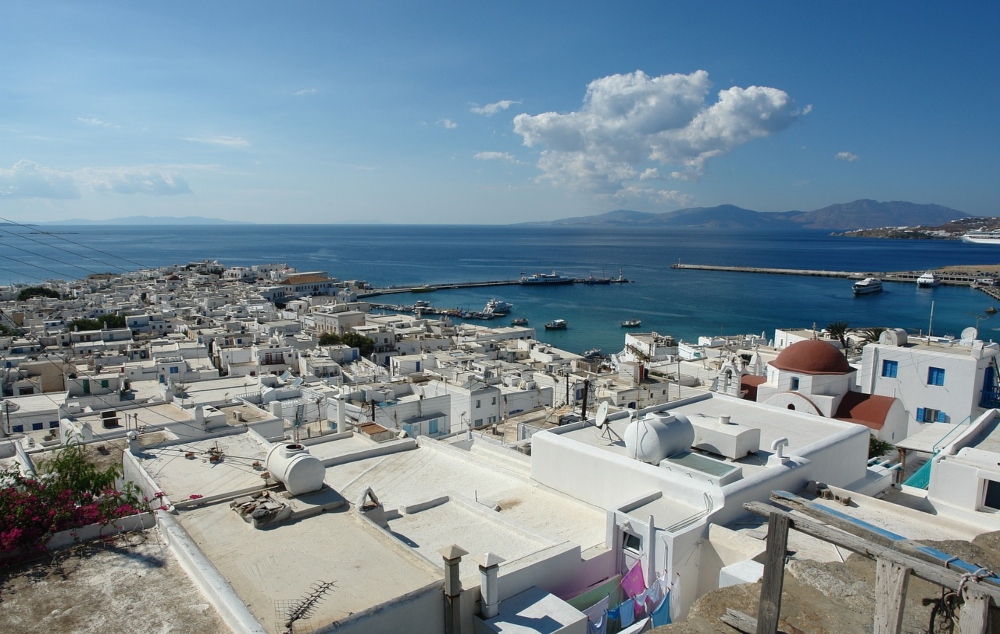 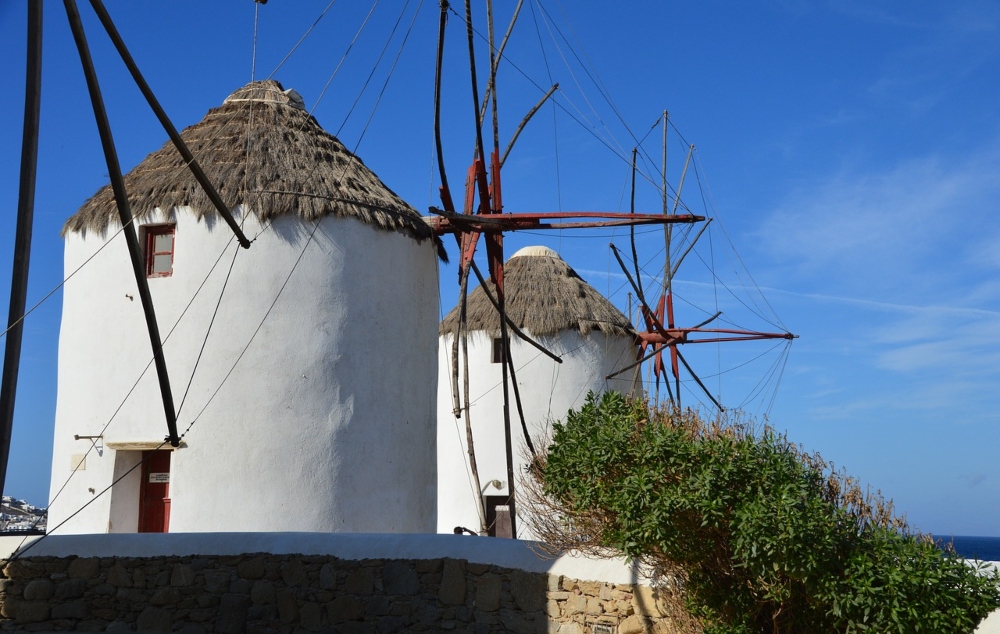 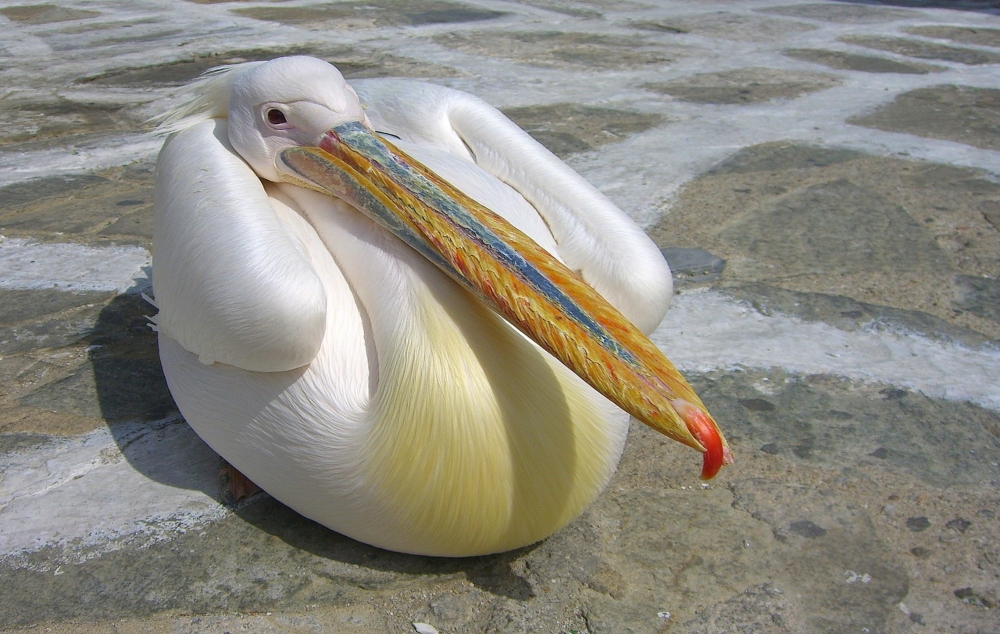