One of the most atmospheric cities of Greece and capital of Epirus, Ioannina, is set on the western shore of the beautiful Lake Pamvotida and framed by the impressive mountain range that turns lilac at sunset. 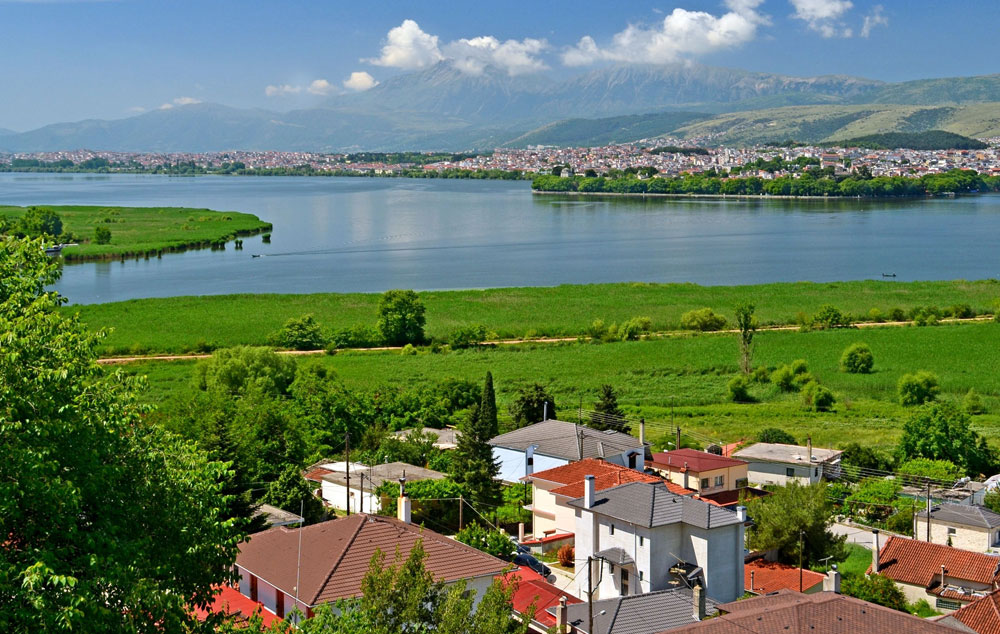 The lake, together with its small island is a natural monument itself.

The island is no more than 10 minutes away. There, you can visit the house where Ali Pasha was killed and which has been turned into a museum, as well as the old monasteries that once constituted a living spiritual and religious hub of Hellenism. No cars or other motorized vehicles are allowed on the island making it therefore a perfect place to take leisurely walks.

The city is bearing an intriguing history and a significant cultural heritage which has left its mark in various ways in this distinct corner of Epirus. Ioannina, gained prominence in the late 18th and early 19th centuries, as the seat of an almost independent state ruled by Ali Pasha of Tepeleni, who successfully rebelled against the central government of the Ottoman Empire.

While there, take a walk through the old city’s alleys, climb up to the citadel of Its Kale or visit the famous silversmiths workshops and learn about this old art of crafting silver.

At Kastro, there is Aslan Pasha’s palace and mosque which was constructed in 1618 and today houses the municipal museum. Right beside it, stands the extraordinary FotisRapakousis Museum with rare heirlooms and weapons from pre-revolutionary times until the National Resistance.

A break at Ioannina offers the possibility of surrounding tours at the impressive site of ancient Dodoni, the cave at Perama or Zagorohoria mountain villages. An unforgettable experience is waiting for you only 12 km away from Ioannina at PavlosVrellis museum with the waxed figures that represent historical figures and heroes that played important role during Greece’s rebellion.