From the very beginning of human settlement, pilgrimage has been a fundamental element of society. Worldwide tourism as we know it today has its roots in faith-based travel. 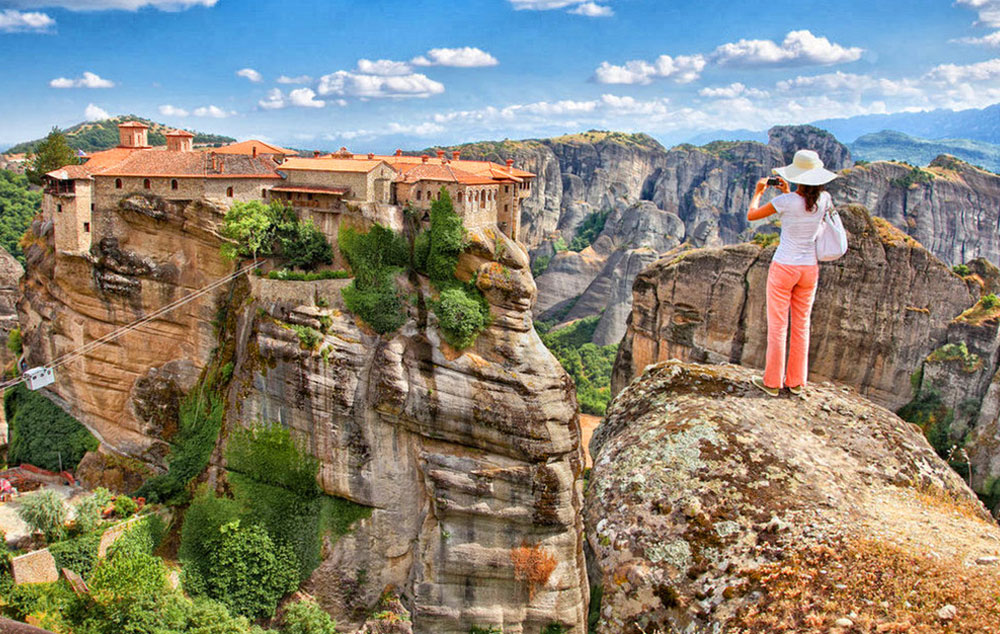 Travelling to destinations to experience other cultures and to visit sites of historical and religious importance has been a popular reason to travel for centuries.

Since antiquity the desire to embark on a journey for religious purposes has inspired Greeks and non-Greeks to make their way to religious sites throughout Greece. From the earliest times it has been a custom of the Greek people to express their religious sentiments, their deep faith and their reverence for God, a key characteristic of the Orthodox faith for two thousand years.

While being in Greece you will find, both on the mainland and on the Greek islands, that religion and faith are everywhere, because Greece has a rich religious heritage and innumerable monuments to prove it. Wherever you cast your look, whether in Greek islands or in the mainland, you'll see churches and monasteries, from the Byzantine era most of the times, but even older.

From Mt Athos and Meteora to Patmos and Crete, from the Aegean to the Ionian, from the Peloponnese to Central Greece. Over the centuries, Greeks have imbued their entire land with the strength and enlightening presence of Christianity, building monasteries, churches and chapels of great religious and architectural importance.

Greece is an unparalleled and mandatory destination for anyone wishing to travel the historic roads of Christianity - such as “the footsteps of Apostle Paul”, explore important sites of worship, or simply take a spiritual trip to admire the artistic, cultural, and religious heritage of this country.