The cosmopolitan “Queen” of the North, capital of the Region of Central Macedonia and second largest city of Greece, is set on the crosswords of East and West. 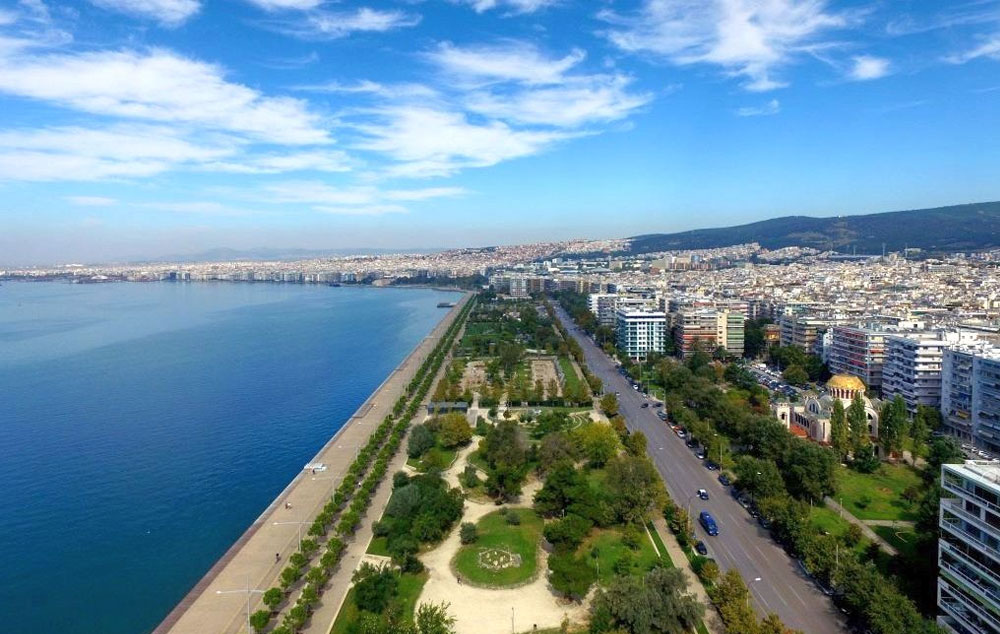 Fall in love in (with) Thessaloniki!

“No man will be without a homeland, as long as Salonica exists”

It was built in 316/15 BC by Cassander, King of Macedonia, who named the new city Thessaloniki after his wife who was half-sister of Alexander the Great, following the unification of 26 ancient villages.

Thessaloniki’s ancient past still coats the entire city map.Being the crossroad of cultures and civilizations for over 2300 years, it is home to numerous notable Byzantine monuments, including the paleochristian and byzantine monuments that are enlisted in the UNESCO World Heritage List, as well as several Roman, Ottoman and Sephardic Jewish structures. Few other places have such a density of outstanding historic monuments as Thessaloniki.

The turbulent history of the city, as well as the modern influences have made her that special. Architecture in Thessaloniki is the direct result of the city's position at the centre of all historical developments in the Balkans.

The ideal city-break destination; a romantic city with relaxed pace, easy to walkand full of wonderful surprises and hidden treasures that wait for you to discover them. The heart of the city beats in AristotelousSquare, one of the biggest and most impressive squares in Greece, boasting monumental mansions and offering a view of Thermaikos Gulf. From the wide waterfront with magnificent view of the peaks of Mt Olympus to the byzantine walls of AnoPoli (upper city), from the White Tower, emblem of the city, to the Roman Agorastarts a never ending journey to culture, art and fun. Enjoy a sunset walk in the beach promenade and not miss to taste Thessaloniki’s extraordinary cuisine. After all it is considered of being the gastronomical capital of Greece.

A modern city with rich tradition and young heart, Thessaloniki is considered to be a youth capital, as it has the biggest student community not only in Greece but also one of the biggest in south-east Europe. Maybe this is one of the reasons why it ranks in the ‘Top 10 Nightlife Destinations of Europe’. Having a really active nightlife sceneit provides everything from cocktail bars to all-hours nightclubs, showcasing an eclectic mix of styles and preference.

Being the host of the Thessaloniki International Fair which attracts commercial interest from all over the world, offers cultural events, theatres, Modern Art galleries, libraries, an immense variety of high standard recreational facilities and examples of modern architecture, art nouveau and eclecticism.

Thessaloniki is also blessed by incrediblyimportant neighboring sites and attractions such usMount Athos, Pella, the capital of Macedonia, Vergina and Olympus, the mountain of the Gods.

Of course, a city break in Thessaloniki is never complete without visiting the paradise of Halkidiki’s turquoise waters, yellow sand beaches that are just one hour drive away.

Once you set a foot in our beautiful city you immediately make the promise to come back.

Get in touch with Zeus team and we will make a specialized trip to remember!